Timber Industry Is Always a Friend in a Bushfire Crisis

The crisis engulfing the east coast of Australia — the heartbreaking deaths, the devastating loss of homes, communities and livelihoods — demands some very plain speaking.

Like thousands of Australians who live in the bush, I am a volunteer firefighter.

We don’t look for thanks. It is just what most of us who live on farms and in villages do, as we know that our only defence against fire is to train together and band together to help each other in an emergency.

So I speak from experience when I say the only thing most firefighters are discussing as we race in our trucks towards a blaze is what the fuel load is on the fire ground.

And yet the sad truth is this is the one thing in Australia we have been making worse for decades.

Yes, climate change is drying some areas and reducing the window for burning off, but whatever Australian policymakers do in this area will have no immediate impact on bushfires or firefighting.

The only thing that can make a difference by next summer, and the summers after that, is to start to deal with our 132 million hectares of native forest as a connected landscape that must be actively managed.

And that means the small areas of state forests that are used for sustainable forest management as well as the much larger national parks, reserves and other set-aside areas.

This means a combination of legislated targets for hazard-reduction burns (and not letting complaints about intermittent smoke haze stop them), as well as using machinery to thin the forest in key areas such as around communities and assets such as water storage, communications and power infrastructure.

The US aggressively uses these machine-based approaches to transform important sections of forest into much more open, fire-resilient landscapes.

But despite the fact that it avoids the issue of creating smoke and can be done in a much larger weather window, in Australia we just don’t do it.

We also have a significant disparity between our multiple-use state forests (which are actively managed by state government forest agencies for recreational use, biodiversity and timber production) and national parks in managing fuel loads, maintaining access roads and firefighting resources.

Since November, millions of hectares of native forest across the nation have burnt, and much more will burn before the summer is over. Much of this is in national parks, where access for firefighters is notoriously difficult, and fuel loads are high.

For 20 years, successive state governments have significantly reduced the multiple-use forest area to declare new national parks. This has meant the closure of forestry and timber industries around the country and, with them, the departure of significant firefighting resources.

Right now, around NSW and Victoria, forestry workers are risking their lives and their equipment to create fire breaks and to clear roads of burnt logs and debris to allow safe passage for fire crews. Who will do that when the native timber industry is gone?

The Victorian government has already announced plans to shut down the timber industry by the end of the decade. And yet no one even asks the question: will another national park or reserve make this area, and the communities around it, more or less fireprone in decades to come?

New “protected areas” are precisely the opposite of protected. It means the removal of the men and women and machinery that in the past were on the spot to put out fires when they were still small. It means the removal of the secondary and tertiary roads that give fire crews access to work on backburning operations keeping fires from joining together.

I predict that as soon as the rains come there will be renewed calls to shut down the native timber industry in NSW, and an even swifter shutdown of the Victorian industry, and to declare more national parks. The proponents of these will ignore the fact that half a billion native animals have perished so far and the equivalent of two-thirds of our annual national greenhouse emissions have been pumped into the atmosphere.

This national disaster should be a wake-up call that business as usual cannot continue. The arbitrary divide between how we manage our multiple-use public forests, privately owned forests, and national parks cannot continue. We urgently need a whole-of-landscape approach to land management with a focus on bushfire mitigation. A more aggressive approach to fuel load management must be considered.

The bushfire royal commission that followed the terrible Black Saturday fires in Victoria was rightly focused on uncovering how 173 Australians lost their lives and what measures could be taken to avoid such a monumental tragedy happening again.

It didn’t delve deeply into the broader, deeper truths underlying landscape management, be it in Victorian or any other state.

A national bushfire royal commission is the right body to expose the hard truth that our pursuit of “lock up and leave it” is a recipe for disaster and a prescription of much more of the same.

Ross Hampton is the chief executive of the Australian Forest Products Association. 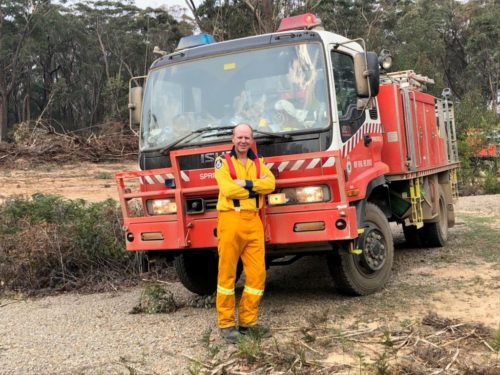 WORLD BOOK DAY | Why paper books are better for your brain

If you’re looking for renewables, look no further than wood

This website uses cookies to improve your experience while you navigate through the website. Out of these, the cookies that are categorized as necessary are stored on your browser as they are essential for the working of basic functionalities of the website. We also use third-party cookies that help us analyze and understand how you use this website. These cookies will be stored in your browser only with your consent. You also have the option to opt-out of these cookies. But opting out of some of these cookies may affect your browsing experience.
Necessary Always Enabled
Necessary cookies are absolutely essential for the website to function properly. These cookies ensure basic functionalities and security features of the website, anonymously.
Functional
Functional cookies help to perform certain functionalities like sharing the content of the website on social media platforms, collect feedbacks, and other third-party features.
Performance
Performance cookies are used to understand and analyze the key performance indexes of the website which helps in delivering a better user experience for the visitors.
Analytics
Analytical cookies are used to understand how visitors interact with the website. These cookies help provide information on metrics the number of visitors, bounce rate, traffic source, etc.
Advertisement
Advertisement cookies are used to provide visitors with relevant ads and marketing campaigns. These cookies track visitors across websites and collect information to provide customized ads.
Others
Other uncategorized cookies are those that are being analyzed and have not been classified into a category as yet.
SAVE & ACCEPT